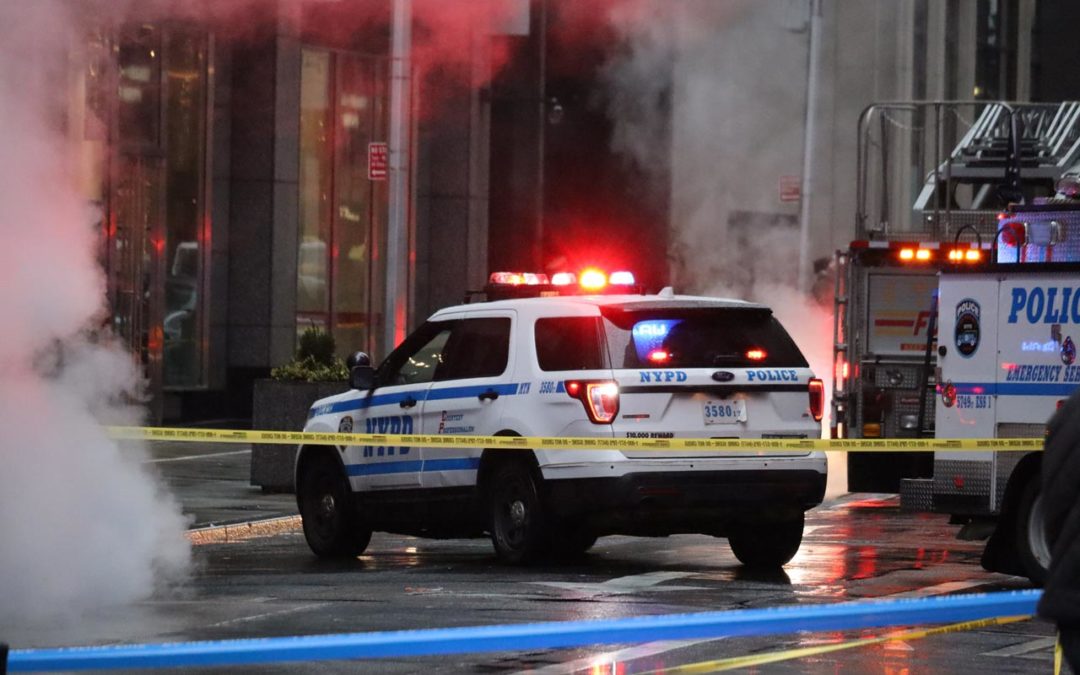 On June 25, 2021, it was reported that a business executive was targeted by three armed men in an attempted robbery just before the Sunset Strip. The three suspects followed the business executive’s business partner, who was arriving at the victim’s home along with a friend.

The incident ended in a shootout where the suspects fired at all three victims before the business executive’s executive protection agent was able to fire back and shoot two of the suspects.

This incident happened only recently, but it is neither the first nor is it going to be the last news you will hear about as crime increases across America.

Major cities in the USA experienced an increase in crime in 2020. This may be attributed to the economic downturn due to the pandemic. Additionally, there’s the social anxiety brought about by the recent protests to abolish police departments.

Although these are aggravating factors, criminologists suggest that the increase in criminal activity is largely due to structural factors that have existed in society for generations.

With a slew of factors contributing to the increased crime across the country, reactions across major cities also vary.

Some states are increasing security whereas others are defunding the police. Programs are also being put in place to reduce gun violence and prevent disputes from escalating into violence.

Most Common Crime In America

According to the Pew Research Center, data collected by the Federal Bureau of Investigation (FBI) and Bureau of Justice Statistics (BJS) show that the most common violent crime in America is property crime.

Property crime is a type of criminal activity where a victim’s property is stolen or destroyed without the use or threat of force against the victim. As such, property crimes include burglary, theft, vandalism, and arson.

In 2019, a total of 2,109.8 property crimes per 100,000 people have been recorded. Amongst these, the most commonly recorded were larceny, burglary, and motor vehicle theft. These are then followed by aggravated assault, robbery, rape, or murder.

How Americans Deal With Crime

Though Americans perceive an increase in criminal activity around them, not many people report violent and property crimes to the police—and the cases that do get reported are often not solved.

Based on BJS’ 2019 survey, less than half of violent crimes and household property crimes were reported.

People tend to keep to themselves out of fear of retaliation or for thinking that there is little the police can do. As such, many Americans have taken safety and security measures into their own hands.

Numerous middle-class Americans are purchasing home security and surveillance systems. However, with insufficient knowledge and experience on safety and security, such tools are insufficient to ensure maximum safety.

Therefore, for those whose safeties and securities are most threatened, turning to armed private security is becoming a popular option.

You can’t have good security cameras without having armed private security or vice versa. Security is an increasingly complex situation as technology becomes more complicated and the crime rate increases across the country.

As such, people who are always targeted by criminal activity need to take extra measures to ensure their safety. They hire armed private security and entrust their wellbeing to those who know best how to do it to ensure the ultimate protection.

The levels of danger faced each day by different individuals are not the same. There are personalities whose lives are at risk on a daily basis. In such cases, getting around-the-clock protection is absolutely necessary.

Though businesses and homeowners can hire security guards to man their properties, people are not foolproof.

Highly sophisticated technology can easily circumvent simple security measures. That’s why people are looking to work with security agencies who have the technical expertise, as well as resources to make sure they have protection anytime, all the time.

No amount of surveillance technology is enough to keep you and your property safe if you or your business is not guarded by highly trained executive protection agents.

As technology advances for your protection, so will the methods of criminals become more sophisticated. What you need is a team of experts who are not only armed but are experienced with security technology, and have the proper training to respond to unique circumstances that come with the lifestyle of high-profile individuals.

Trained executive protection agents take your protection very seriously. They don’t only stay near you to be on the lookout, but they also watch out for any signs of privacy breach or risks that may put you in danger.

Though they may not seem friendly toward you, they do so to do their job well and give you 100% customer satisfaction, and that is by carefully planning and executing security strategies to make sure there are no overlooked details that may put you or your property in danger.

Though everyone values safety and security, our needs vary depending on our lifestyles, popularity, and net worth. Some may benefit from having locks installed in their doors, others may need surveillance systems, and then, there are those who need privacy to protect themselves.

Though every American is at risk of becoming a victim of criminal activity, famous personnel and rich individuals are exposed to even higher risk. They are constantly under watch from the public, and many ill-willed people wish to cause them harm.

As technology becomes more complex, simply installing heavy-duty locks, living in nicer neighborhoods, and installing security systems in their homes are not enough to keep them safe.

In such cases, they need to outsource security services and entrust their safety to armed private security, who are experts at keeping high-profile and high-risk people safe and secure, and that is by helping them maintain their privacy.

With crime increasing all across America and people growing more distrustful of the police, people are relying on private security agencies to keep themselves safe.

With property crime as one of the most common crimes in the country, hiring armed private security who are not only trained to protect clients but also their properties, is quickly becoming the solution high-profile people turn to in order to keep themselves and their loved ones safe.