Your Executive Protection Insurance Company Can Sue You 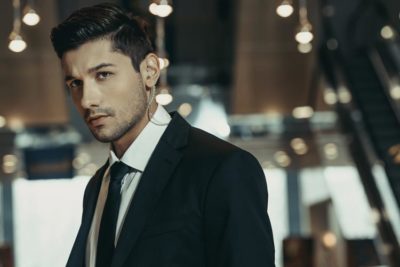 You may remember that back in 2016, Kim Kardashian was robbed in Paris. She was robbed of millions of dollars worth of jewelry. What many people fail to remember is that she did have a bodyguard assigned to her when this happened. Kardashian was there with her sister and a friend and only had that one bodyguard.

However, while he should have stayed with her when her sister and the friend went out on the town, he ended up going out with them to protect them instead of the person he was assigned to protect. We’re unsure why this happened, although we can guess that he was just doing as he was told, which is something any good executive protection agent doesn’t do. His actions led to Kardashian being robbed at gunpoint.

The insurance company that paid Kardashian after she was robbed sued the former bodyguard responsible. American International Group (AIG) recently filed the lawsuit against bodyguard Pascal Duvier and the company he worked for, Protect Security. They sought $6.1 million.

AIG claims that Duvier and the firm “negligently, carelessly, and/or recklessly performed their protection, security, monitoring, inspection, and/or surveying of”Kardashian. What this means is that the bodyguard didn’t do his job correctly and make poor choices.

Documents point out that Duvier left Kardashian alone in her room and did not do the correct security inspection. This includes a broken or missing lock, a malfunctioning intercom, and the lack of closed-circuit television. The hotel concierge did not have any security training either. Therefore, this whole catastrophe could have been avoided, but wasn’t.

Executive protection agents are supposed to sweep the room to make sure that it is safe. They should also know about the hotel to understand the level of security and be able to protect their clients effectively.

Common sense alone should have dictated that you do not leave your client alone, especially for long periods and especially when they are a high-net-worth individual carrying millions of dollars in jewelry.

Before leaving, and even upon entering, the bodyguard should have made sure the room was safe. A broken lock is not safe.

It’s clear that this man was not a trained professional when it came to the protection of high-net-worth individuals. He was simply what we like to call “a buddyguard.” He seemed to care more about pleasing the client and doing what she said than making sure she was safe.

What Should the Bodyguard Have Done Differently?

It is an executive protection agency’s job to protect the individual that hires them for protection. One agent is typically not enough to protect any one person. The bodyguard’s company should have known that if they were protecting three individuals, they would need more than one bodyguard to make sure that everyone was safe.

Kardashian may have told the bodyguard to leave the room. However, even if the client tells you to do something, that doesn’t mean that you should. We understand that the client may see protective services one way; that the client is the one paying, so the bodyguards or agents should do whatever they say.

However, when it comes to protection, this should never be the case. The client doesn’t know better; that’s why they hired someone else. When the client starts telling protection agents to do something, it’s in their best interest to let the protection agent tell them why it’s not a good idea.

From there, if the client still insists and the agent knows better, it’s recommended that they hire and work with something else. Remember, executive protection agencies can be sued for millions of dollars, so it’s ultimately up to them to decide what is best for their firm and the protection of the client.

An agent can step down and tell the client that they can’t work with them anymore because they aren’t putting their safety first. They will then wait for the client to find another agency and stay with them until someone else arrives.

In this particular case, Duvier should have told Kardashian that the protection was needed for her, not the other people at the party. He should have never left her alone.

This happens all of the time in the industry. A client will hire protection, but bring along a few other people and then ask that the agent go and protect the other people. If that’s the case, then we will need to bring along more agents so that the client and their party can be protected.

The insurance company noted that certain duties were not performed or that they were performed negligently. A simple broken lock should have been a warning sign that this particular room was unsafe. While we don’t know exactly what the bodyguard did when entering and exiting the room, we know that he missed a few key elements when it comes to protection.

If you are a protection firm, you must have the experience and knowledge to know what makes an effective protection service. If you don’t, it’s not a good idea to take on high profile, high-net-worth individuals as clients.