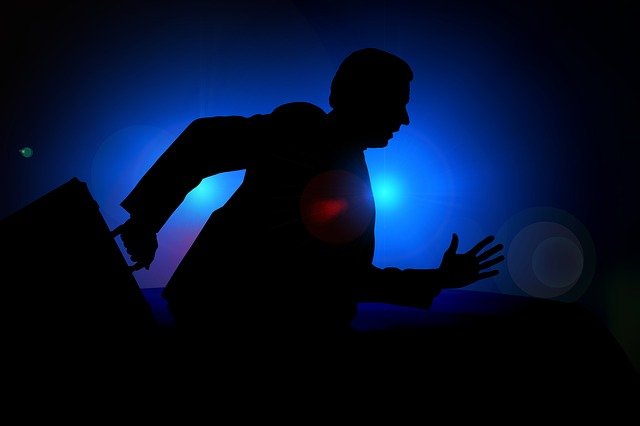 With the consistent increase of mass shootings happening in the U.S. and across the globe, it’s only natural that people would be concerned about their own safety and would want to take steps to protect themselves if the same happens to them.

One has to remember that it’s not enough to rely on first responders or the cops that will come first to the scene. In some cases, these responders have been wounded or killed, which boils down to one thing: you’re essentially on your own. Thus, all of us need a mindset that will enable us to survive without being dependent on help from anyone.

You only need to observe wildlife in order to understand this. Clap your hands when you’re into any wooded area and you’ll see the local animals run, swim, or fly away.

This is survival instincts kicking in and the same applies to humans. Creating as much distance as fast as you can are vital for greater chances of survival and this is definitely important when active shooting is involved.

There are techniques that one must call to mind when someone opens fire at a children’s school or at church, which is just two of the most common venues of mass shootings.

Experts such as those from Special Forces make use of these techniques for diplomats, their families, and other individuals who are more vulnerable to such happenings.

Don’t Wait for the First Responders

Shooting happens without a warning so everyone must have something in mind on what to do when this does occur.

Most people would just wait for the cops, health services, or the firefighters to arrive, as they are the designated first responders. But they are still minutes away from the scene and this can be enough time for the attacker to kill or at least wound more people.

This is why just sitting back and waiting for help to arrive is a common mistake.  Take action to evacuate.

These are the main options when responding to an active shooting. Remember that once the bullets start flying around, the best place to be is the farthest from the shooter and away from their line of sight.

This is when speed and distance equal to survival comes in. This is a fluid response that works in different scenarios and increases your odds for survival.

There are four scenarios under this one, which include:

However, if you’re near the venue and you heard gunshots or other sounds of commotion, don’t let your curiosity take over, and don’t even think about moving towards the location.

There’s no other thing to do but run—to the nearest exit, be it a door or window—and go towards a safer place, as far away from the grounds or building as much as possible.

Hiding means closing the doors or windows facing the hallway, or locking the doors, and barricading yourself because hiding in plain sight does not protect you from bullets. Once you’ve hidden well, start looking for options to escape.

Hide and run. Check if you can exit safely through a window. If this is doable, go for it and run. If you’re with a group, make an effort to escape as a group if it’s feasible.

But if a shooter is already breathing down on you, by no means should you wait for anyone to escape. A few seconds of delay can already cost you your life.

Hide and prepare to fight. If escaping from the windows is not possible, look for items that you can use to help you fight off the shooter. Broken beer glass, furniture, hot water, fire extinguishers—anything that can distract or incapacitate the shooter. Have these things near you so you can readily use them in case the shooter breaches the door.

Gaining the upper hand is key, in which you put the shooter off their aim and cause them to get defensive.

In this case, it’s kill or be killed. Spare no mercy, because if you let your guard down, the shooter will not hesitate to end you and a whole lot of people after you. Pleading for your life is going to be useless in this situation too.

“Fight as your last option, and fight with all of your strength. If you don’t fight, you will die.  Don’t ask for your life as the gunman is already set on killing.

Once you’ve taken out the shooter, place the guns to a safe spot on the side. You don’t want the responders to mistake you for the shooter if they come rushing in.

The key to survival is being aware of your situation. Fear and emotions usually take over during life-threatening events such as this one and could leave you in a panic mode, rendering you useless.

If you do find yourself in a state of shock, it’s important to recover your senses as quickly as possible to allow you to think more clearly and initiate actions that will save your life.

The World Protection Group has been at the forefront of innovation in the executive protection industry for the past twenty years. Our team uses drones in its security operations. Contact us today for more details.

Image by Gerd Altmann from Pixabay