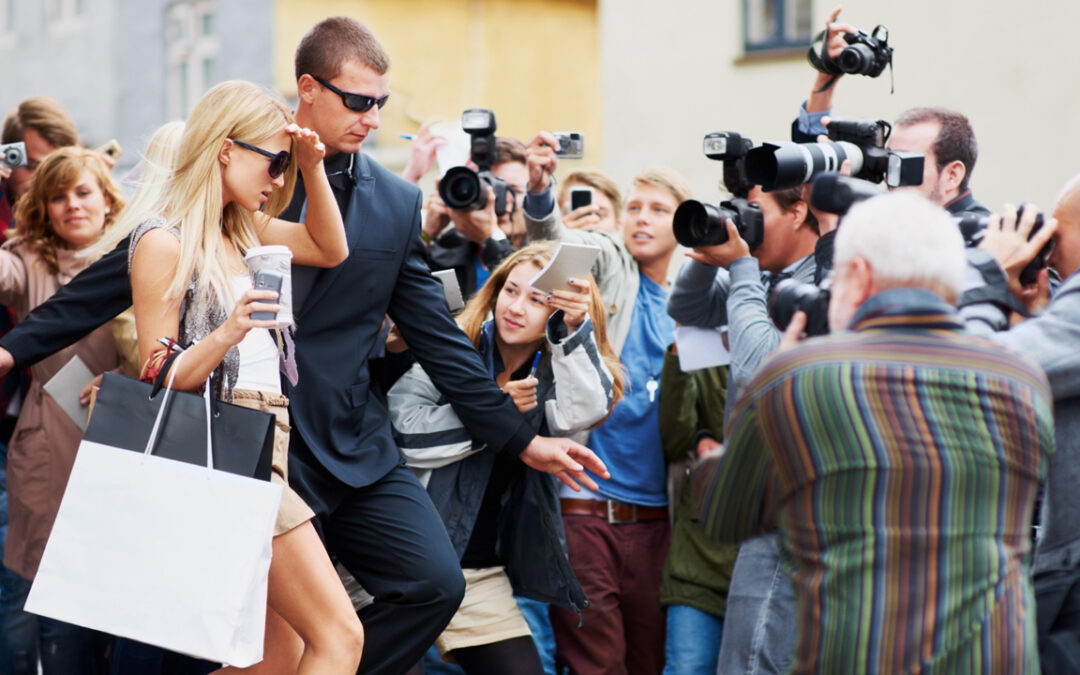 Hollywood clients are “in fear of their lives”. So here are some ideas on how WPG can protect them.

If you look at crime in California and Los Angeles specifically, it has drastically increased and continues to rise. And it is not just petty or nonviolent crimes that are rising. Some neighborhoods in Los Angeles have even seen a 75% increase in homicides. Additionally, robbery and theft have climbed by 20% and 25%.

Despite these shocking statistics, arrests are down by 20%. Many citizens are shocked to hear this and cannot understand why arrests are declining while nearly all types of crimes are getting more common across Los Angeles.

Arrest numbers are down for a variety of reasons. Part of the reason is due to law enforcement agencies receiving less funding over the years for politically motivated reasons. The defunding can leave the police without enough officers to respond to calls in a timely manner, meaning the criminals can escape or the evidence is long gone when the police do eventually arrive. Funding problems may also leave the police force without the training or equipment needed to respond to certain crime situations, meaning the case gets passed over to a different agency or the crime is never correctly pursued.

Another reason for the declining arrest numbers involves a political controversy that has swept across the country. There is now an anti-police culture in many areas in the US, leaving many officers feeling like they cannot take action or even be afraid to stop crimes for fear that they will get in trouble or face media or community backlash. They are trapped between a rock and a hard place – if they arrest someone, they may get in trouble for using force or deadly force in dangerous situations.

Law on the Side of Criminals

In California, lawmakers have recently introduced fairly radical laws that create more dangerous cities. For instance, one of these laws has removed bail. This means that if you are arrested, there is no bail, and you are just released from prison immediately. In addition, certain types of crimes, such as misdemeanors, are not even prosecuted anymore. Criminals are fully aware of this situation and know what they can now get away with.

For example, Prop 47 allows thefts under $995 not being prosecuted, which has changed how many criminals act. They can now walk into a grocery store and steal a massive amount of produce and other items without any fear of being arrested or any action taken against them. If the police come, all they would do is give a ticket – no arrest warrant, or not even fingerprints are taken. Even if the thief is eventually taken to court, it is doubtful they would spend any time in jail and probably only pay a small fine.

In West Hollywood, there has been a 137% increase in crime, and yet the police were still defunded. So instead, they decided to hire 20 ‘security ambassadors’ who are not armed guards but ambassadors who are largely powerless to do anything except helping tourists find their way around the small city. This shows how horrible the situation has gotten and why so many residents are now fearful and scared to go out.

The police are also frustrated by this situation and are now applying for jobs in other departments and states where the city believes and supports the police. The Police Officer must be able to do Police work without fear of getting in trouble themselves.

What Can Be Done?

More and more citizens are finding that they must take the law into their own hands. This means further security measures for their homes and businesses, and more individuals are also buying personal firearms. There have been instances of shop owners being forced to shoot and injure criminals attempting to rob the store. This can be highly traumatic for everyone involved, including witnesses, but it is the only option many people think they have.

For high-profile executives, celebrities, and billionaires, the option of armed private and professional security is available and should be sought after. It is the best way to ensure the protection of not only their estates but also their physical safety and that of their family. Executive protection companies have the expertise and training needed to prevent any threats and risks that private citizens and celebrities face daily in Los Angeles.

Residential security from WPG can also include drone security, which is one of the most advanced and valuable security assets available. Drones can remotely patrol vast areas of land, pick up on intruders and deter trespassers as they are an intimidating piece of equipment. They can also use thermal imaging technology to operate at night, and the protection team in the control room can respond to any type of threat immediately.

Security and threat assessments are also carried out to provide tailored personal security. This means that clients are provided with suitable security and protection for their unique daily needs. Of course, this changes depending on social life, events, and travel, which is why a trained and high-quality team can adjust the levels of protection to suit all needs.

People cannot wait for new police officers to be trained and sent out into the community. This may take years to be effective, and in the meantime, the city is becoming more and more dangerous. Clients need to turn to their executive protection companies and discuss where increased security may be implemented or how they can elevate their privacy and protection level in all aspects of life.