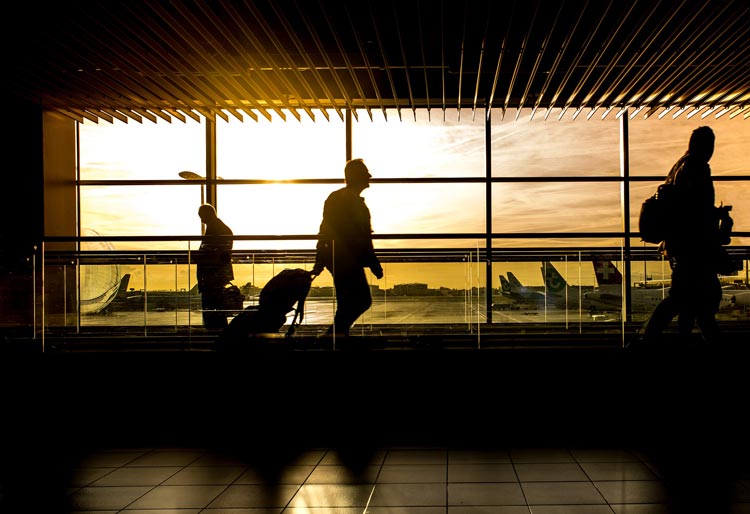 This article is not a terrorist plot and is only written for the purpose of creating security awareness and preventing the potential scenario described in this article.

A Cessna jet with three passengers leaves a local Los Angeles-area airport for a VFR flight to another local airport which takes only 10 minutes. The three passengers, dressed in pilot uniforms, seemed like they were going to work as usual. But on this day, it was a different mission. As the Cessna was cleared for landing, they were going over last minute details of another flight they had planned.  When they left, the Cessna had a lot of baggage and was loaded to the maximum weight but within the take-off limitations of the plane.

The destination airport was one of the world’s busiest general aviation airports in the world. The three men had rehearsed this several times. The pilot requested runway 16 left to land at the destination airport, an airport used by many Hollywood celebrities, politicians, and business executives because it protects their anonymity. There are about 1700 flight operations a day.  There is a small police force with two officers per shift and no private security. The location of the police office is on the North side of the field.  They make regular patrols but focus on the perimeter of the airport grounds.

Earlier that day, the people passengers in the Cessna were focused on a website called “flightaware.com, which allows people to view incoming and outgoing flights from all airports in theUnited States. They had a specific interest in one of the outgoing flights at the destination airport. The tail number of the plane, a Gulf Stream IV, was N254TC and was owned by a famous celebrity. Parked at Charter Aviation Company, the plane and its famous owner are preparing for departure in the next hour forNew York City. The passengers in the small Cessna are obsessed with this flight as they were landing, but their obsession goes unnoticed, as there is no one but the hired pilot to notice and he is preoccupied with the landing.  At the passenger’s request, the pilot taxis near the charter aviation company, where the celebrity’s security detail is dropping their client at the charter company’s gate to board his plane. The passengers have done their homework—the celebrity never takes security on the plane with him—security will resume inNew York upon his arrival. The airport police confined primarily to the airport’s perimeter, by policy and practice, were nowhere in sight.

As the Cessna pulled into the charter company’s airplane parking area the men exited their plane rather quickly. They took their luggage from the hull and walked directly to the Gulfstream. As you may have figured out by now, they were not looking to get an autograph. In their bags were automatic weapons and as they boarded, they immediately took control of the plane. They already knew a flight plan was filed, knew how to fly the plane, and were now en route toNew York City. During the flight, they turned off the transponder to avoid radar contact. No one knew the flight had been hijacked and that a famous celebrity was their hostage. But this was not the final mission of the kidnappers.

The plane took off from the airport and quickly reached a speed of 350 knots, and made a right turn toward downtownLos Angeles. Ten minutes later it slammed into city hall building in downtownLos Angeles with a full tank of fuel on board.

The World Protection Group, Inc. assesses this type of attack as more likely than another commercial airline hijacking. This type of attack would be easier to accomplish. If the above scenario is moved to some of the other GA airports throughout theUnited States, it may be even easier, where security is sometimes non-existent.

Let’s review what the terrorists did:</p

How do we prevent this from happening?