10 Reasons to Use Drones for Estate Security 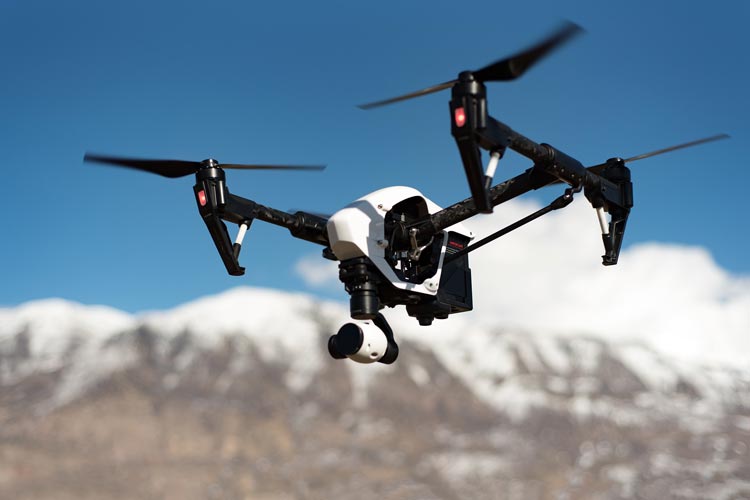 Estate Protection with the Use of Drone

Using drones has become a popular option for security and surveillance operations. Smart home systems or the traditional security methods are still effective when it comes to doing the job, but having drones can make the task easier, either used alone or to augment traditional surveillance.

Drones as a security surveillance tool were first used in the military sector, but it has since branched out to be used for commercial purposes, especially for securing homes of high-profile individuals such as celebrities and businessmen.

A surveillance system that utilizes drones is the ultimate solution for providing security and ensuring the safety of sensitive locations or groups of people. Places that need such high-level monitoring include construction and mining sites, which require real-time monitoring and quick response.

But this can be used also for private properties such as estates of individuals who need stricter security.

How Drones Can Be Used for Securing Your Estate

Using drones for home protection may sound too much, especially since they were originally made for military purposes.

If there are legitimate threats, drones work best in responding to security and emergency circumstances in relation to monitoring situations in real-time. A drone can quickly detect security breaches or spot vulnerabilities in areas or infrastructure.

With the help of thermal imaging, drones can conduct effective surveillance day and night, which is very useful when watching over spaces with limited light and poor visibility.  Security drones are designed to produce high-definition imagery, which is essential to accurate assessment and real-time response.

Drones vs. Traditional Security and Surveillance

The capabilities and benefits of traditional security and surveillance systems cannot be discounted, but drone security is threatening to eclipse them, especially in terms of risk.

People are needed to initiate ground investigations whenever a situation arises, which poses a huge risk for individuals tasked to do the job. Using drones in place of agents lessens this risk significantly and saves valuable time as well.

Of course, one can argue that helicopters can be used for aerial surveillance, but this is obviously way more costly than utilizing drones and is not practical for watching over private estates.

Furthermore, security drones can be used to investigate threats and help executive protection agents study critical situations in order to make the best response decisions. Also, drones can assess a situation much faster compared to human responders, who will take more time to get to the scene.

Why Choose Drones Over Security Surveillance

Compared to traditional methods, security drones are faster, more efficient when it comes to collecting data, and more cost-effective too. Here are the top reasons why you should definitely consider utilizing drones for estate security and surveillance.

There are no blind spots when it comes to drones — investigating areas that cannot be viewed closely by stationary security cameras is easier.  The latest crop of drones can stay airborne for longer periods of time, which is necessary in making larger areas of surveillance.

Stealth is necessary when it comes to surveillance. This is why drones are designed to have as less in-flight noise as possible. This makes drones a top alternative when it comes to stealthy response to situations.

There are areas that agents will not be able to reach as fast as drones can. This makes drones immensely effective for rapid response to emergency situations.

With drones, you can access distant locations and monitor real-life action instead of sending agents to do the job. This works beautifully when you need to watch over larger areas or when your security staff is limited.

A drone can quietly track and follow individuals in real-time, minimizing the risks of situations going wrong while at it. The system will provide accurate data, which will help the response team develop a more tactical response.

Smart autonomous flight functions will save you time and lessen risk factors remarkably. This technology features functions such as automatic return to launch, payload control, and way-point planning. These result in an uncomplicated flight experience for the drone, which makes your security missions run without a hitch.

Handling hostile situations is risky and this is why getting real-time data is essential in making decisions for difficult circumstances. With the help of drones, you can gather the data you need while monitoring the situation from afar.

Dual-sensor cameras allow drones to do its security and surveillance functions no matter what time it is. This means you can always respond rapidly to a situation.

9.     Lessens the physical risks for agents

By substituting drones in places and situations that are usually covered by human responders, the risk of agents getting physically hurt is minimized. It means ensuring the safety of the security people, as well as facilities and assets.

Drone security and surveillance systems cost less than the traditional surveillance and data gathering. Instead of hiring and deploying more people, agents can learn ways to maximize drones to make up for lesser heads in the security team.

Take No Chances With Estate Security

As mentioned above, drones are faster and more efficient in collecting data — these security equipment are designed to guard your estate.

Drones are highly effective in detecting security breaches, therefore, these equipment are preferred by executive protection agents to be used for surveillance.

If you’re planning on getting the best agents to keep you and your estate safe, give us a call and let the World Protection Group help you with your security concerns.