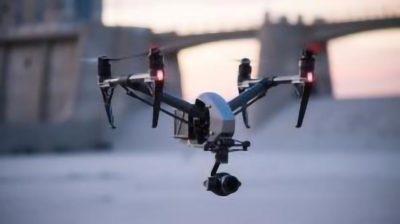 Kent Moyer, Acclaimed Executive Protection Expert, is the first security firm that has received an FAA Drone wavier to fly over top of people

LOS ANGELES, CA, UNITED STATES, July 12, 2019, /EINPresswire.com/ — Kent Moyer, CEO and President of the World Protection Group & 001, was informed by the FAA they have received a waiver to fly over Non-Participants wavier. They also have a night wavier to fly operations at night.

Kent Moyer received his drone training from Dart Drones and has completed their Professional Pilot, Wings Program, TOP Operator program level one. He is an instrument-rated single-engine pilot and commercial remote pilot with the FAA. Dart drones assisted Moyer in getting the wavier.

Moyer also states that we are using a fantastic technology company called Parazero. They helped with their technology to receive this FAA wavier. We purchased the ASTM professional kit and the safe air Phantom system. It is a unique parachute system that attaches to our DJI Phantom 4 Pro drone. It adds safety to the drone in case of loss of connection to the remote control or loss of connection and enables safe and legal flights over people. SafeAir Phantom ASTM Compliance and Testing Documentation is the primary document that includes the declaration of compliance as well as a 3rd party report from over 60 aerial deployment tests.  We used in our waiver to request their safety explanation template that is a document including the main arguments regarding the safety of the system and the operation to be able to receive this waiver.

The World Protection Group (WPG) has some security trained pilots and an extensive fleet of DJI Drones.

Moyer is the head of the only executive protection firm currently using drones and supporting law enforcement, fire, and emergency services in the use of drones. In this day and age, the usage of drones for public safety has been on a massive increase over the last couple of years. Last year, the drone market’s growth saw an increase of 36%, and Goldman Sachs estimates that between 2016 and 2020, the market will be about 100 billion. They are commonly used to save the lives of law enforcement, private security officers, and civilians.

“There are many alerts from various intelligence sources about active shooters and terrorism, and these attacks are not going to stop,” says Kent Moyer.

In Los Angeles, we recently had the Malibu fires as well as several earthquakes.  Our company is prepared and has done FEMA disaster relief training to deploy our pilots and drones to any town, city in the Los Angeles area as emergency support.

When deployed, drones can potentially scope out threats and their whereabouts, as well as sizing up their surroundings to assist law enforcement in providing a proper defense.  They are being used in all disaster response areas. WPG delivers its private high-net-worth clients with drone-protection options at their events, estates, and in their investigations. He sees this trend rapidly expanding even more in the future.

“The first step in responding to a sniper attack is locating the source of the attack,” states the World Protection Group. “An unmanned aerial system would have been beneficial in locating the attacker. Especially when this attack was performed from a higher altitude.”

“The World Protection Group has been at the forefront of innovation in the executive protection industry for the past twenty years,” concludes Moyer. “We have never had a security attack or a client injured with any of our clients throughout the world in 20 years.”  We use the latest technology in all our protection work & we are excited to use our drones to support clients, police, fire, and emergency services to protect and save lives.