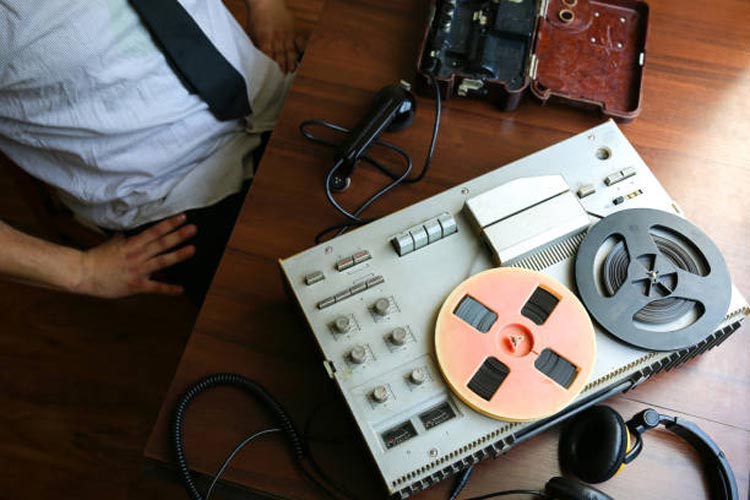 “If your client asks you to wiretap someone would you do it even though it is illegal? The Britney Spears Case”

Throughout the United States there are different laws about recording people and how information and recordings can be collected. Depending on where you are, secretly recording someone could be illegal and land you in huge trouble, even if your client is the one requesting you do so.

California is one of these states. There is a two party consent law in California which makes it illegal for anyone to be recorded without their knowledge and consent. Unfortunately, illegal recordings do still take place.

In certain situations, you may have a client request that you wiretap someone who you are protecting or offering protection services to. This can seem like a confusing gray area morally and ethically. However, the legal and ethical answer is the same: you should never wiretap someone even if you think it may be for their own wellbeing or in their best interest.

A clear example of this happening where the executive protection agent or company broke trust and secretly recorded someone is in the case of Britney Spears. Read on to find out what happened to Britney Spears and why you should never wiretap someone even if your client has expressly requested it.

The Britney Spears Case: What is a Conservatorship?

If an individual begins to act unpredictably, erratically, or displays signs of mental illness or trouble, they may be placed under a conservatorship. A conservatorship essentially gives powers to someone else to act as legal guardian over this individual in order to keep them safe and protected. Typically, a conservatorship is granted on a temporary basis. However, such as in the case of Britney Spears, the conservatorship can be made permanent.

At the time, in 2007 and 2008, that Britney Spears’ conservatorship was granted, she had been displaying worrying behaviour, such as shaving her head and striking the car of a photographer who had been taking photos of her. The courts gave her father, Jaimie Spears, control over both conservatorships. It has since been revealed that fundamental decisions and choices were removed from Britney Spears’ control. For instance, she wanted to have a child and get married, but was forced to stay on birth control instead. Another example that demonstrates just how extreme and detailed the conservatorship was is that she could not even decide the color of her own kitchen cabinets.

A conservatorship of this breadth and depth may make you think that Jaimie Spears had the right to control every single aspect of his daughter’s life, including having her private moments recorded. However, this was taking place in California where there is a known and strict two party consent law, which stipulates that you cannot record someone without their consent.

The fact that Jaimie Spears had his daughter’s security detail record her and share the recordings with him is not just illegal, it is highly unethical.

As discussed briefly above, California Recording Law is strictly two party consent. This means that it is a crime to record or eavesdrop on private communication, such as a conversation or phone call. If one person has a ‘reasonable expectation’ of privacy, this means it will be considered a private conversation in the eyes of the law.

It has come out that Britney Spears was likely recorded in her own home and bedroom and that her phone may have been tapped as well. Clearly, she would have expected full privacy in these spaces and therefore a law has been broken and a crime has been committed.

Why did Britney Spears’ security detail illegally record it? It probably comes down to both the persuasiveness of Jaimie Spears and potentially additional payments. It may have been that Jaimie Spears was able to convince the security team that recording his daughter was simply for her own good and that he needed to protect her.

Regardless of the situation, wiretapping someone crosses moral and ethical boundaries could harm your reputation. Your client is not just the person who is paying your salary, it is also the person you are protecting and keeping secure. You should never betray your client’s trust by recording them. This will create an atmosphere of distrust and uncertainty. The client should feel safe and comfortable in their own home. If you, the person who should be protecting them, are actually recording  them, this can contribute to the client feeling paranoid and unsafe.

First and foremost, your client should never ask you to break the law and if they do, you need to refuse. Wiretapping someone in California could land you in court for committing a crime, which in turn will forever tarnish your reputation. Clients might even request that their security detail wiretap business rivals in meetings, which clearly crosses the ethical boundaries or wiretap high profile individuals for their own personal gain or blackmailing materials.

Even if someone does have mental struggles, it is too unethical to record and film someone without their consent.

Although there are some states that do not have a two party consent law for recordings, you should still refuse to wiretap. Why? Because it calls into question your integrity, ethics, and morals. Furthermore, it is unprofessional. Just think, any security firm that considers this an okay thing to do will also have no issue lying to you as well. You need to be able to trust your protection team fully and know that they will make the right decisions to keep you safe without breaking ethical codes.

The World Protection Group would never wiretap because of these reasons. It is not fair to your client when you are protecting them to record. The WPG understands the value of privacy and that it cannot be underestimated. That is why when we offer our protection services, we keep you physically safe and protect your privacy at the same time.