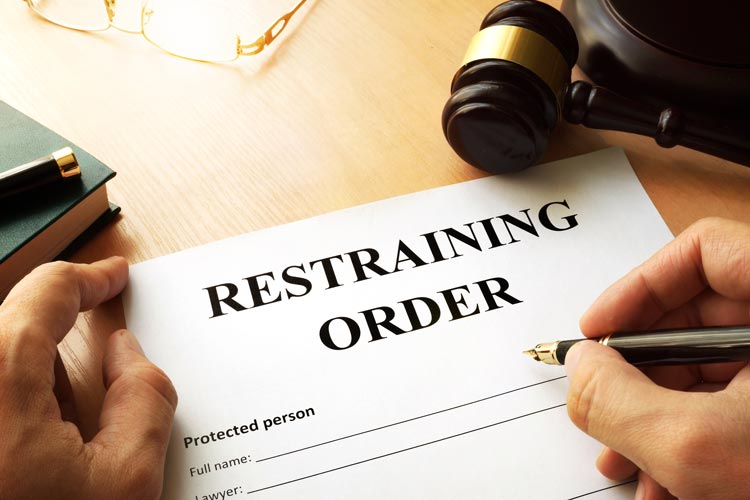 Many people think that a restraining order is enough to keep another person from making contact with you. Often times, this isn’t the case and could provide a trigger for an attack on the person who just wants the other person to go away.

What is a Restraining Order?

Also called a protective order, a restraining order is a court order that aims to protect someone from the actions of another person. You have most likely heard about these when it comes to cases of stalking or abuse. Restraining orders often include other protected persons, such as family from the restrained person.

There are four types of restraining orders that a person can ask for:

The idea behind a restraining order is that if the person restrained violates the terms, he or she may go to jail, pay a fine, or both.

A Restraining Order is Just a Piece of Paper

While a restraining order might seem helpful in preventing you from harm, it can make things much worse. The whole idea of a restraining order relies on the fact that the person restrained will be afraid to violate the terms. However, they typically aren’t.

Restraining Order as Trigger for Attack

For a restraining order to be effective, it must first be served. This is an extremely high level of threat time. You don’t know how the individual will react to getting served this piece of paper.

For this reason, we do background checks. If this person has a history of violence or criminal charges against the, which they often do, then we know that serving a restraining order might cause an outburst of some kind. We need to know this individual’s background, including if they have a drug or alcohol problem, a support system in place, or a criminal history. All of these things affect the level of dangerousness.

When you serve the restraining order, it could trigger the individual to go after the protected party with violence.

Also, consider this. Bad people don’t care about the law. If they did, we wouldn’t even need restraining orders to protection services. They will view a restraining order as an insult, which will make them angry and more likely to act out.

After the restraining order is served, it is recommended to have protection for at least two more weeks. Often, our clients prefer that we do surveillance on the restrained person during that time as well. We’ll have protection around the individual and any of their family members to make sure that the criminal won’t lash out. You may not consider it, but a criminal may think to hurt the protected person’s loved ones to get back at them.

If you previously had any type of relationship with the restrained party, whether you were dating or they were an employee, and you pushed them into a corner by either taking away money or their job, they might react like a cornered animal. While some people will do the healthy thing and find another job or another relationship, this individual might decide to attack your loved ones or kill you.

Many people get restraining orders when they are being stalked or if the restrained person has abused them in the past. Restraining orders may help keep a particular individual away from you. However, those types of behaviors are typically an indicator that they will use violence after they are served with a restraining order, making executive protection critical to the protected person and their wellbeing.