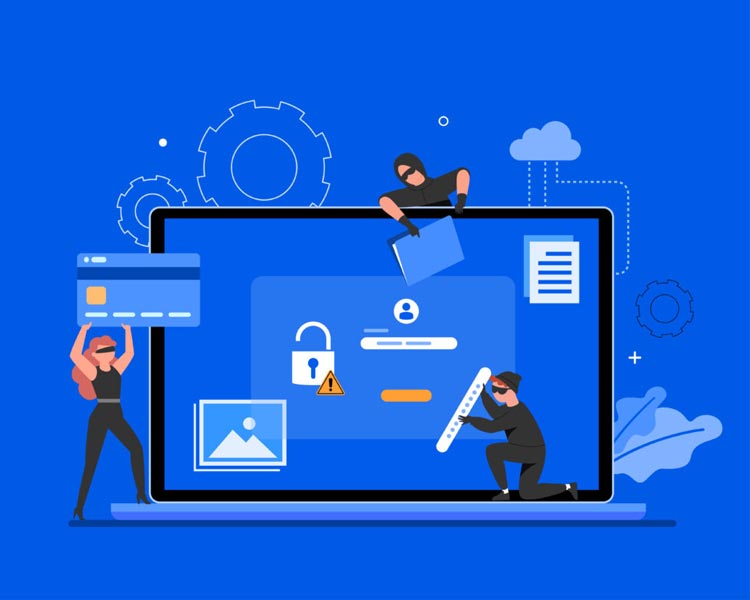 Online privacy is starting to feel like an oxymoron nowadays given the way people are using the internet for every aspect of their lives. Still, there are things that have to remain private, which is why it’s important to safeguard yourself against data breaches.

This invasion of your privacy can be more than a temporary annoyance—it can turn your life upside down. Individuals, businesses, and governments alike can suffer massive consequences of data breaches.

Generally, a data breach means exposing sensitive, confidential, and protected information to an unauthorized person. This happens when files are viewed or shared without the permission of the owner.

A data breach does not discriminate, since it can happen to anyone, from common individuals to high net-worth personalities.

Technology and user behavior are the common causes of data breaches. This goes against the common assumption that the breach is solely caused by an outside hacker.

Although intentional attacks do happen often, this is not the only reason.  Often, it’s the result of a simple oversight from a person or flaws in company infrastructure.

There are several ways that data breaches can occur and compromise your privacy:

Some of these individuals have legitimate access or authorization to data, but it’s the intent that makes them malicious.

Since the data was viewed by another person, the data is considered breached even though the access is unintentional and no information was shared.

Cyberattackers have lots of ways to get past your privacy and access your data maliciously without your knowledge.

At times, you may have given them the information yourself, unknowingly.

Then they use the information you provided for malicious means, such as accessing your banking accounts.

They will go through all the possible password combinations until they guessed right. They can even use malware infections to get your passwords faster. It can take them only a few seconds of work to guess really weak passwords.

The most common method used here is via spyware because it can lurk in your system and steal your data while remaining completely undetected.

If you don’t have protection against these malicious threats, it might be too late until you discover that your system is already infected.

How a Data Breach Can Damage You

Unfortunately, it takes more than just password changes or updates to avoid breaches of your privacy or repair the damage that it does. Having malicious entities access to your sensitive information can have serious consequences on your finances, reputation, and many more.

One of the major threats to individuals who have fallen victim to data breaches is identity theft. Your security number and banking information can be used in various types of fraud under your name. When this happens, it can ruin your credit score and get you entangled with legal issues.

Data breaches on businesses can have a devastating effect on their finances and reputation. Companies who have become victims of a massive data breach, which tremendously impacted their clients, have suffered long-term association with the incident, which is terrible for their reputations and credibility.

For government organizations, data breach means possibly exposing highly confidential information to foreign parties. This poses a serious threat to a government and its people since it compromises political dealings, infrastructure details, and military operations.

How to Prevent Becoming a Victim of Data Breach

If your identity has been stolen, the first thing to do is to know the origin of the attack. If you discovered that you have been victimized—purchases have been made using your credit card without your consent or credit accounts have been opened in your name—trace back your recent online activity and try to remember where you might have slipped.

You might have responded to an email that is not exactly trustworthy or you downloaded attachments from sources you don’t know.

Call your bank or credit card issuer and instruct them to freeze your accounts and then change your passwords. Report the identity theft to the authorities so that you can still salvage something from the damage that has already been done.

When it comes to protecting one’s privacy in the company setting, here’s something one must remember at all times: security is only as strong as the weakest link.

Preventing data breaches means the organization needs to include everyone at all levels, from IT personnel, end-users, and everyone in between. Anyone that interacts with the system can become vulnerable to attacks.

In this case, the organization can implement best practices in order to protect their privacy and avoid data breaches. These include patching and updating software as often as needed and as soon as updates are already available.

Devices should be upgraded when the software is no longer supported by the manufacturer because sensitive data should be subject to high-grade encryption.

If you feel that you need a higher form of protection, you can ask help from an executive protection company to cover all your bases. You may have to pay a premium price for the service, but the investment is definitely worth it, especially if your organization holds very sensitive information.