Haiti in Chaos: A Group of Assassins Killed Jovenel Moise 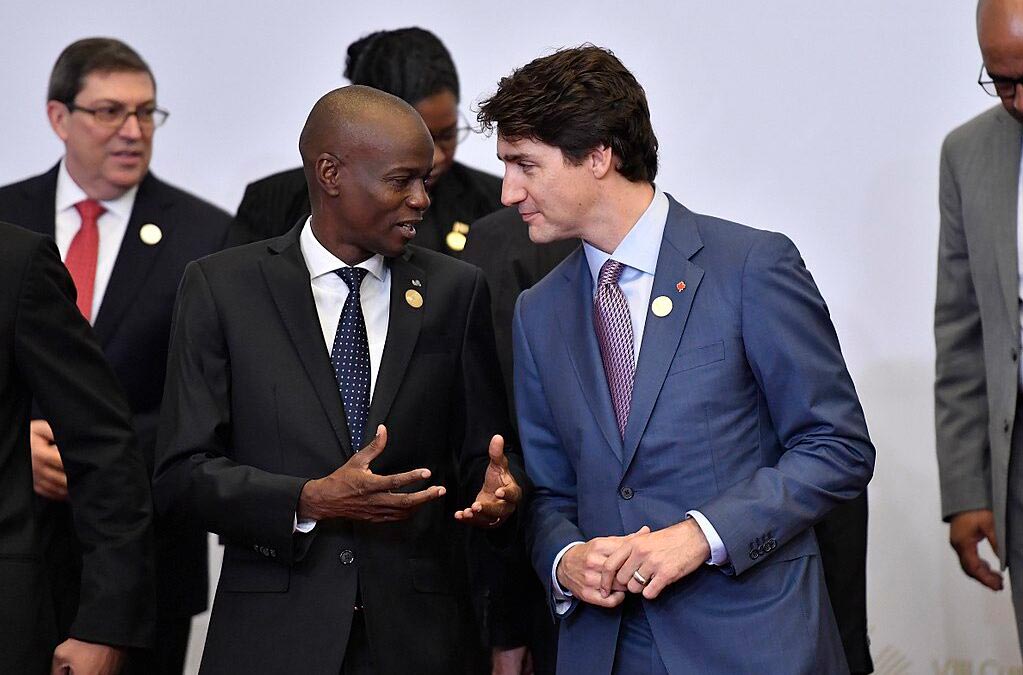 On July 7, 2021, at approximately 1 a.m., a group of unknown attackers, identified as foreign mercenaries, attacked the presidential house in Port-au-Prince, assassinating Haitian President Jovenel Moise and critically injuring his wife, Martine Moise, who was flown to a Miami hospital for treatment.

Due to the cars used in the assassination of Moise, it is believed that the assassins had aid from Haitian nationals. Officials in Haiti also believe the assailants are mercenaries and describe them as well-trained killers.

Haiti’s Prime Minister, Claude Joseph, proclaimed a state of emergency after the assassination, stating, “Remain calm, my comrades; the matter is under control.” Prime Minister Joseph also issued a warning to the parties involved in the assassination of Moise, “This blow has hurt this country, but it will not go unpunished.”

What Happened During the Attack that Killed Jovenel Moise?

During the July 7th attack, residents reported hearing high-powered rounds and seeing black-clad men racing across the neighborhood. There were also reports of a grenade being thrown and the use of drones on the property.

During the attack, authorities said a group of professional killers invaded Moise’s private apartment in Petion-Ville, a suburb of Haiti’s capital, Port-au-Prince—shooting Moise 16 times. Former Haitian Prime Minister Laurent Lamothe said Moise was aware of a possible assassination threat, which is why he was rarely seen outside of his home in the months preceding the attack.

In video recordings, allegedly obtained by a nearby community member, men with guns were seen approaching Moise’s residence. It remains unclear whether they were members of the country’s security forces or assailants.

Martine Moise, Haiti’s first lady, was also shot during the attack and was flown to a hospital in Miami, Florida, for treatment. Haiti’s ambassador to the United States, Bocchit Edmond, stated that the first lady is “no longer in danger.”

Moise, who was 53 at the time of his death, had spent the past year waging a political battle with the opposition over the terms of his presidency.

Moise’s body revealed 12 bullet holes in the face, chest, hips, and abdomen. A local newspaper further stated, “The president’s office and bedroom were both strewn about. Moise was found laying on his back, blue slacks, a white shirt stained with blood, his lips open, his left eye gouged out.”

The first lady of Haiti, on the other hand, was shot in the leg and arm, as well as in the abdomen and hand. Jomarlie Moise, the first couple’s daughter, escaped by hiding in her brother’s room. The intruders had also tied up two domestic staff members. No one else at the scene of the attack was shot.

Confrontation with the Police

In a confrontation with security authorities, four people suspected of being involved in the assassination of Moise died later that night.

Two more people have also been apprehended, while some suspects are still on the loose in the country’s capital, Port-au-Prince. Three police officers were also kidnapped by the mercenaries at one point but were later released.

“We stopped the suspects. We’ve been at odds with them since then. They’ll be killed or apprehended,” warned police head, Leon Charles.

Assailant’s Identity is a Mystery

Officials in Haiti and the United States have ruled out the possibility that the killers were DEA agents. According to US State Department spokesperson Ned Price, those assertions are completely incorrect.

In remarks to reporters, Haitian Ambassador to the United States Edmond concurred, “I believe these are false DEA agents.”

Police have detained 20 people so far in connection with the fatal attack, and at least five more people are being sought across the country of Haiti. According to local Haitian police, three suspects were killed in a gunfight with officials after the incident, and the assassination was previously linked to 28 potential suspects.

In the days following the attack, Haitian police released the identities of the 20 suspects who had been captured by authorities, including 17 Colombians and two Haitian-Americans. Police stated shortly after that another Colombian suspect had been apprehended.

While more information regarding the attack continues to be released and information about the people connected with Moise’s assassination becomes available, nothing further is known about the alleged masterminds and their motivation for the attack.

It remains unclear who will take Moise’s place in the following months.

Given the country’s political instability, Judge Jean Wilner Morin, president of the National Association of Haitian Judges, stated that the line of presidential succession in Haiti was open for discussion.

While the President of the Supreme Court of Haiti would ordinarily be next in line, that office is presently vacant as René Sylvestre, the current holder has recently died of COVID-19 complications.

According to Morin, the acting Prime Minister Joseph would need the approval of Haiti’s parliament to formally replace Moise. However, the legislature is currently half-empty and practically defunct. To add to the confusion, Prime Minister Joseph was in the process of being replaced by Ariel Henry, who Moise had selected just before his death.

Acting Prime Minister Joseph made a statement urging Haitian residents to remain calm. “The Haitian National Police and the Haitian Armed Forces are in charge of the security situation in the country,” he stated.

Joseph also urged the international community to “start a probe into the assassination,” urging the United Nations (UN) Security Council to convene a meeting on Haiti as soon as possible and requested that the UN send soldiers to assist in the security of the country’s ports, airports, and oil terminals. He also requested additional UN support with voting security and assistance in the investigation of the assassination.

The lives of high-profile individuals are indeed at a higher risk. To know how executive protection agents can minimize these risks and protect you, contact us at the World Protection Group today.