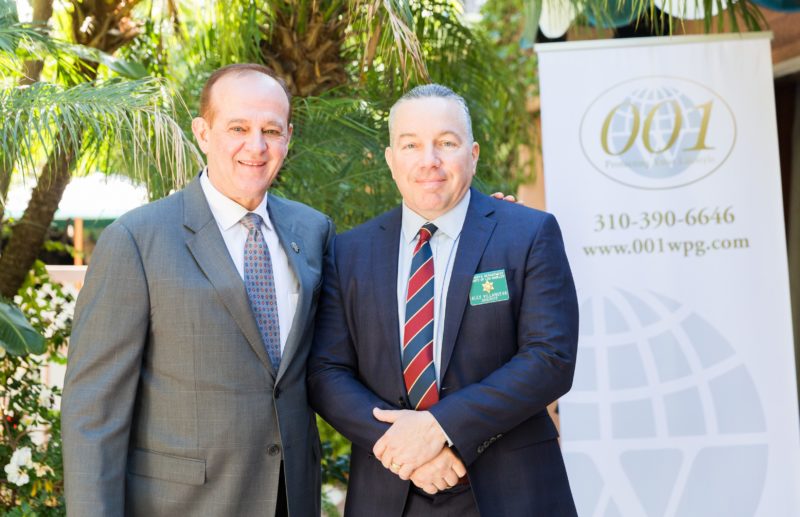 “This is going to be another fantastic event,” states Kent Moyer, “We are excited and honored to have the New Los Angeles County Sheriff Alex Villanueva speak at our event.” We had an extremely successful event last year with Sheriff Villanueva and looking forward to hearing about the tremendous progress within the Sheriff Department as well as keeping Los Angeles County well protected.

Los Angeles County Sheriff Alex Villanueva’s birthplace of Chicago, Illinois has taken him to both Rochester and Queens, New York, then to Aguadilla, Puerto Rico, before enlistment in the United States Air Force brought him to Southern California in 1983. He joined the Sheriff’s Department in 1986, and eventually met the love of his life, Vivian while working at ELA Station in 1993. He is the proud father of a son, a US Army Iraq War veteran and has been blessed with two grandchildren.

Sheriff Villanueva is a firm believer in education and is an excellent example of perseverance. He began his college education in Puerto Rico and continued while on active duty in the Air Force, eventually earning an Associate of Arts, Bachelor of Science, and Master of Public Administration Degrees, and ultimately, a Doctorate of Public Administration from the University of La Verne in 2005.

“The World Protection Group has been at the forefront of technology innovation combined with executive protection, privacy, confidentiality, & the world leader in the use of drones in the Executive Protection industry,” concludes Moyer. “We have never had a security breach, client injured, or an unresolved security incident.” “The goal is to be 100% proactive & preventive.”