How To Protect a Celebrity Client in the Digital Age 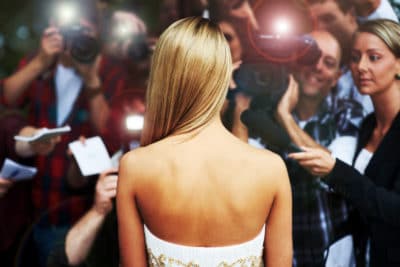 A Celebrity Client Asks 001 For Advice

Living in the limelight can become a security nightmare, especially when you add 95 million Instagram followers, 20 million Twitter followers and one highly capable iPhone into the mix.

A celebrity client, who relies heavily on the daily use of an iPhone to snap selfies, capture snaps and keep in touch with agents and managers and family members, all while maintaining some semblance of a personal life, is susceptible to a wide open playing field of potential personal and professional catastrophe. With such a broad platform, there is a great potential for danger.

Remember when Scarlett Johannson had her private nude photos leaked from her cell phone? Or Jennifer Lawrence? Or Paris Hilton? The list could go on …

Top tier celebrities are incredibly vulnerable to attack at an increasingly high level, particularly with the advent of the shared iCloud data service linked to most iPhones. While some stars let their team handle the publicity, other social media savvy starlets are bound to the constant need to be on display and receive the most likes on their latest post. It’s become a vital part of their career in today’s digital age. It could also be their Achilles’ heel.

Most people understand that pictures can reveal a person’s exact location. When snapping a pic at a popular restaurant, a celebrity’s exact location and an estimated time stamp is immediately exposed. Google and other search engines aid in the discovery of a photo’s exact location, disclosing personal information that may pose an immediate threat to personal safety. Public appearances create an even greater potential for a physical safety threat.  A great investigator or even a bad guy can find where the photo was taken, the date, the camera & lens used, whether the photo was cropped & expand the photo if it was.

Leaked photographs taken on a cell phone can be released to public entertainment news websites hungry for material from A-list stars. Leaving a phone on a table at your home or at a club can be equally dangerous, when considering the value of such intimate portraits captured on a personal cell phone. Private texts and videos may also be at risk, if the necessary safety precautions aren’t taken in advance.  There have been several celebrity nude photos & video  footage that have been leaked which created problems for the celebrity’s privacy & reputation.

Trusting your entourage is a tall task for a guarded celebrity. Some celebrities are too trusting, allowing personnel and friends or acquaintances to get too close without proper screening. Sometimes the entourage can be considered internal threats to the client which can be worse than the external threats.  Taking the necessary steps to ensure a celebrity client’s safety is of paramount importance to the team at 001.

There are many more safety precautions a celebrity client can take in order to protect his/her reputation without compromising star power. In today’s digital age and 24-hour news cycle, it’s never been more important for celebrities and their kin to protect themselves from being digitally wiped off the map.