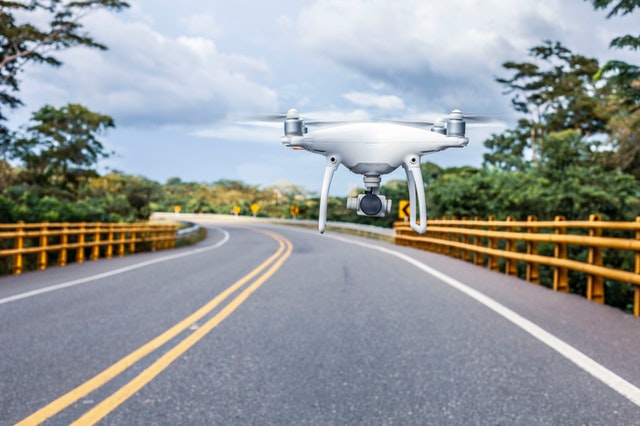 Homelessness has always been an issue for every major city in the world, but Los Angeles has been experiencing an alarming rise in homelessness in recent years.

The continuous increase of cost of living in contrast to stagnant wages, alongside decreasing affordable housing options, has put many Angelenos on the streets.

With the pandemic forcing businesses to shut down and the economy worsening in 2020, the homeless issue in LA has become alarming as more and more people are out of jobs and are turning to the streets.

Despite the local government’s best efforts, the homeless population in LA continues to rise, making many Angelenos vulnerable not only to the dangers of the streets but also to the pandemic. With no shelter and accessible health care, many homeless individuals are vulnerable to crime, fire, and disease.

In times of crises or emergencies, it is the government’s duty to ensure citizens are well informed. Though most people have access to communication channels like the internet or television, many of the homeless in LA don’t have this luxury.

To help ensure their well-being, social services, and the local government need to reach out to the homeless people to keep them up to date about current events like the pandemic. Social workers and police officers are dispatched to encampments on foot to personally talk to people.

This method is not only arduous but going into far-flung areas in times of crises is a lengthy process—while posing a threat to the health and well-being of the social workers and police officers involved.

Drones do what people cannot, and that is to travel to these areas much more efficiently and without the risk of getting into accidents or contracting diseases.

One of the most important ways to help the homeless is to communicate with them about what help is available. However, some encampments are in hard-to-reach areas, making it difficult for social workers and government officers to reach them.

This contributes to poor communication, which makes it harder for social services and the local government to deliver help to those who need it.

But unlike people, drones have the ability to travel farther and can more easily reach far-flung areas. By equipping drones with speakers, social workers and local government units can communicate with the homeless people much more easily.

The time saved could make a huge difference especially in times of disaster, emergencies, and crises.

One of the biggest issues with the homeless in LA is their lack of access to information. Without the resources to access normal sources of information like the internet, television, or newspapers, the homeless are often behind on current events.

This is difficult in the best of times, and potentially life-threatening in times of crises because lack of awareness not only renders the homeless population vulnerable but also puts the entire LA population at risk.

Even though educating the homeless face to face is always preferred—circumstances may not always allow it. Equipping drones with speakers and allowing social workers and government officers to communicate with the homeless people remotely makes it possible to educate the homeless who are in hard-to-reach areas.

Because drones have more access to the encampments, the drones also allow authorities to disseminate information and educate people in a more timely manner.

Educating the homeless on current events and equipping them with the knowledge and tools to protect themselves against negative influences, calamities, and a pandemic can make a huge difference in their safety and the safety of everyone else in the city.

One of the many disadvantages of the homeless is their location. Because they are homeless, they dwell in encampments that are unregistered, hence they are difficult to locate and may be overlooked by social services and the local authorities.

This makes them more vulnerable to disasters, calamities, and pandemics. Not to mention, simple illnesses like a cold or a wound that can be potentially fatal. Given that the homeless don’t have proper shelter, they are prone to sickness and are more likely to suffer without access to proper treatment.

Even if drones can’t bring help to the homeless, having drones that can easily visit encampments of the homeless can alert social services and the local government in times of need.

A drone is capable of capturing fires, criminal activity, and other emergencies so that authorities are alerted and help can be delivered as soon as possible.

The drones also allow social services and the local government to communicate with the homeless on how to provide first aid, how to wait while help is on its way, or how to get the help they need.

Drones Can Improve an Unbearable Situation

The homeless issue in LA is terrible. No one should have to be forced out of their homes because of systemic inequality and social disparity. But just as the problem has been developing in our society for a long time, so it shall also take a while for the problem to improve on a larger scale.

Though the numbers may seem discouraging, homelessness in LA is not a hopeless case. As the local government strives to improve the situation with legislation, funding, and programs—technology can improve the unbearable conditions faced by those who are living in the streets and encampments today.

Reaching out to the homeless, communicating with them about what is happening, educating them so they can protect themselves and become less vulnerable, and giving help to those who need it when they need it are huge improvements to the lives of those who are without homes right now.

To learn more about how drones can improve the current homeless situation in LA, contact us at the World Protection Group today.