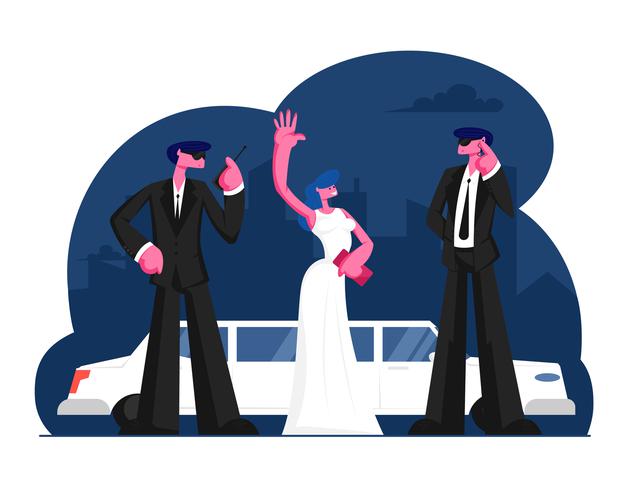 When Kim Kardashian was held up at gunpoint and robbed of $11 million worth of jewels in her Paris hotel room, it naturally made the headlines worldwide. Not only because of her celebrity stature but because people were wondering how it could have happened.

Kim and the rest of the Kardashian family always have bodyguards in tow. So how did someone ever manage to slip by her security and invade her hotel room?

Unfortunately, it was a classic case of a bodyguard getting too close to his client. Pascal Duvier was the man tasked to guard Kardashian and when the harrowing robbery occurred, he was identified as responsible for the lapse in security due to his negligence as a bodyguard. His close relationship with the star was said to be the root cause of what happened.

Duvier’s behavior was very unbecoming of a bodyguard, more so because he was the head of her security team. He adds himself in Instagram and Twitter posts, thus turning him into a media junky, which is a no-no for a man of his profession.

Reckless social media use is one of the trickiest things to deal with when it comes to security. Because of this, gaps were formed in Kardashian’s security protocol that resulted in five men dressed up as law enforcement officials entering her suite in the middle of the night.

She was all alone and no additional safety measures were set up to protect her room from situations such as that.

What happened to Kardashian became a harsh case study in executive protection. It was a cautionary tale of the bodyguard vs. the buddy guard.

When a bodyguard becomes too close to a client, you can be sure that there will be consequences. In this case, it’s important to distinguish the real professional from the protector who failed at this job.

What Kardashian and other VIPs like her need are not just bodyguards, but executive protection agents.

It’s all too easy to get the lines mixed up, especially since clients tend to take advantage of their buddy guards. By treating the agent as just another member of his entourage, he will enable his protector to do things that are way outside of his areas of responsibility. The bodyguard will end up doing personal errands that are not supposed to be part of his job description, such as walking the dog and covering up his client’s infidelities to his wife, among other things.

He might even end up facilitating a drug deal, which is definitely wrong on so many counts.

A bodyguard can be that hulking thug you see at the club who can bench press 400 pounds at the gym. They are hired to protect a place just like a security guard or they are assigned to protect an individual.

An executive protection agent, however, is more than just an imposing physique—in fact, he doesn’t have to be a huge chunk of an individual, although he needs to be physically fit, think of James Bond.

A buddy guard has no issues forming a close personal bond with his client even if that means partying together at the club. His primary task is to keep his VIP happy and comfortable, even if that means compromising his safety just a tiny bit. And the way he fights? He will smack down anyone who pisses him and his client off, lawsuits be damned.

On the other hand, an executive protection agent maintains a calm demeanor and is highly trained to diffuse tense situations. He works diligently in saving his client from compromising or embarrassing situations. He can’t do this by partying with his VIP.

Therefore, he stays in the background and blends well with it, having the knowledge that he can step up and intervene when needed, just like the true professional that he is.

A bodyguard who operates in the executive protection level can become close to his client and even become her confidante, but he can’t be a friend. He can be friendly but not too familiar. A professional security agent has to live by two rules, one, he will be your best friend until you become your own worst enemy, and two, he will die for you but he won’t lie for you.

Why? Because his reputation is on the line too and he has to avoid situations that can jeopardize him and his client and subject both of them to embarrassment or injury.

A real security agent is focused on his mission to protect. He draws a very clear line between what he can and cannot do for his VIP, which means no partying, setting up prostitutes, and acting as a go-between with a drug dealer. He is not part of his client’s entourage and that’s the way it should be.

What about guns? You may see an ordinary bodyguard having no qualms showing off his firearm. Worse, his instinct may be to draw it at even the slightest hint of aggression, which shouldn’t be the case. In contrast, an executive protection agent is trained not to use that gun unless it’s really needed and he can diffuse most situations without having to use a firearm.

Most important of all, an executive protection agent is highly trained in risk assessment and protective intelligence. He utilizes special techniques to regularly assess threats and mitigate safety and security risks to stay away from dangerous situations. He can definitely use force but only wields it when totally necessary.

As a VIP, you deserve nothing less than the level of security that an executive protection agent can provide. Don’t just hire ordinary bodyguards who are only too happy and comfortable to be friends with you.

If getting the right professional for the job means paying a premium for the service, then so be it. You will discover that an executive protection agent vetted by a luxury security company is worth his weight in gold.